Founder Grant Mansfield chose private equity for the investment option for his business. 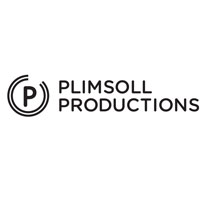 Plimsoll Productions is the biggest independent producer of natural history programmes in the world.