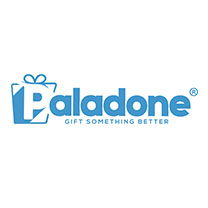 Paladone is the UK’s market-leading designer, innovator and supplier of gifting products.