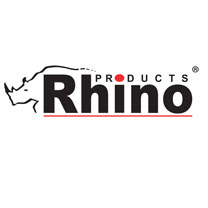 Rhino Products is a designer and manufacturer of premium accessories for light commercial vehicles.