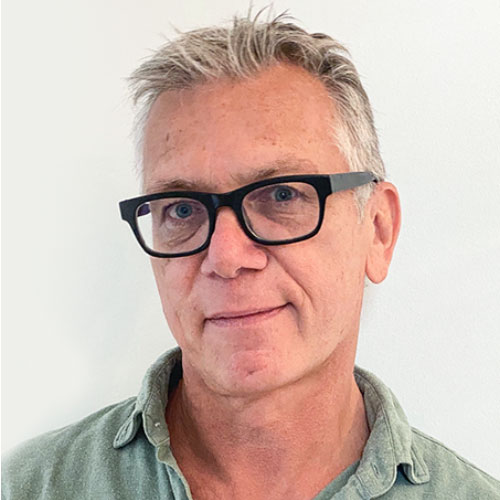 Jonny Ohlson is a true Renaissance man. He has served as a board director for advertising giant Saatchi & Saatchi. He also was a director of members’ club Soho House and helped turn it into a global brand.

But it was in 2008 that he made his most ambitious move, leaping into risky and unfamiliar territory. He launched biotech disruptor Touchlight to help create a new and efficient way of amplifying DNA. Twelve years later, the business has grown rapidly, and its technologies are being used for a diverse range of applications, from formulating a vaccine for Covid-19, to creating cancer therapies, to bio batteries that run on sugar.

What’s your own personal ambition?

I was brought up in a traditional conservative family. I was the youngest child, so I was the rebel. My ambition has come from a desire to prove – mostly to myself – that I was capable of forging my own path.

Tell me about how you got to where you are today?

At the turn of the Millennium I started getting interested in fringe science. I believed that DNA would be the defining technology of the 21st Century. I started to look for DNA businesses and met a scientist who had an idea for amplifying DNA, which means taking a gene of interest and making large volumes of it. This is crucial for making gene therapies or vaccines. There was no intellectual property then, just a concept. I didn’t know it would work. But fast-forward 12 years and we have spent £38m on creating some of the best labs in the world in Hampton. We have 60 scientists here and 30 in San Sebastian. We have two businesses: a contract manufacturer, which supports most of the leading players in the development of gene therapies and vaccines, and our own product development company.

Is money your main motivator?

It’s not about wealth at all. I have a responsibility to drive value for our shareholders but our true worth comes from being successful in our primary aim: to do brilliant science. Money is simply a metric of our success. Once you can make large amounts of DNA accurately, safely and cheaply, the opportunity to advance medicine is huge. That said, I could not have done this without an incredibly supportive wife. When we got married eight years ago, I told her that what I was doing was incredibly risky. She said, “Rich or poor, I don’t care. I love you for you.” That allowed me to make this my mission.

As a leader, how do you bring people with you on your vision?

Running this business is not dissimilar to running an advertising agency. You recruit the best possible talent and create a wonderful environment in which they can flourish. I am just the salesman. It sounds grubby and dirty but that enables our scientists to be brilliant. You need engaged people in an industry like biotech, which is pretty precarious. Progress is never linear. So we take care of our staff in every way we can, whether it’s two weeks off at Christmas for the whole company, or the fact that everyone gets share options after a year. This approach has been key to building an effective company.

I have a responsibility to drive value for our shareholders but our true worth comes from being successful in our primary aim: to do brilliant science.”