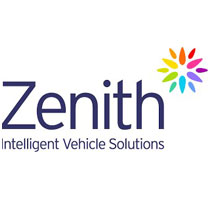 Zenith is one of the UK's leading independent leasing, fleet management and vehicle outsourcing provider.