Team17: From investment to IPO

LDC has nurtured me well and been a good friend on this journey.

We supported the continued growth of this innovative video games business, through to an IPO. 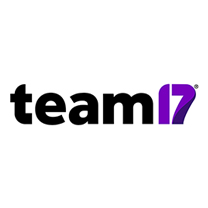