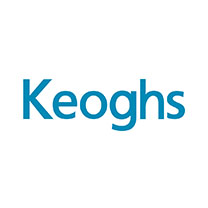 Keoghs is the leading provider of claims-related services to insurers, businesses and other suppliers to the insurance sector.